The Zone Technique is a chiropractic healing method originally created by Dr. Thurman Fleet in 1931 in San Antonio, Texas.

Dr. Fleet originally called it Zone Therapy. After learning this method of healing in 1993 and refining it over the next two decades, Dr. Peter Goldman of San Francisco, California created his own version. He named it Zone Technique. Dr. Huang, D.C. has completed training in this technique and is certified in Zone Technique.

HERE ARE THE SIX ZONES OF THE HUMAN BODY:

Dr. Fleet taught the following: “There are ONLY SIX kinds of disturbances that can affect the human body. These are GLANDULAR, ELIMINATIVE, NERVOUS, DIGESTIVE, MUSCULAR, and CIRCULATORY. All diseased conditions, aches and pains, and other discomforts experienced by the body can be attributed to one or more of the above disturbances to the body’s 6 systems or Zones.”

The digestive organs are regulated by a brain center. In the motor cortex of the brain we find a center which controls all of the muscles of the body, and in the caudate nuclei (both), we find the center which regulates the flow of fluids (circulation) through the body.

There has been a disruption of normal function of the entire center due to the effect of emotional, physical, or chemical stress.

The Zone doctor examines the patient to determine which of the brain centers are not in harmony with the systems they control. This is done by the Zone doctor feeling specific points on the patient’s head. These points are related to the six brain centers by nerve connections. When a brain center is not sending the proper signals to its system, all bodily material associated with that system suffers. In order to correct this, the zone doctor stimulates specific points in the spinal cord. 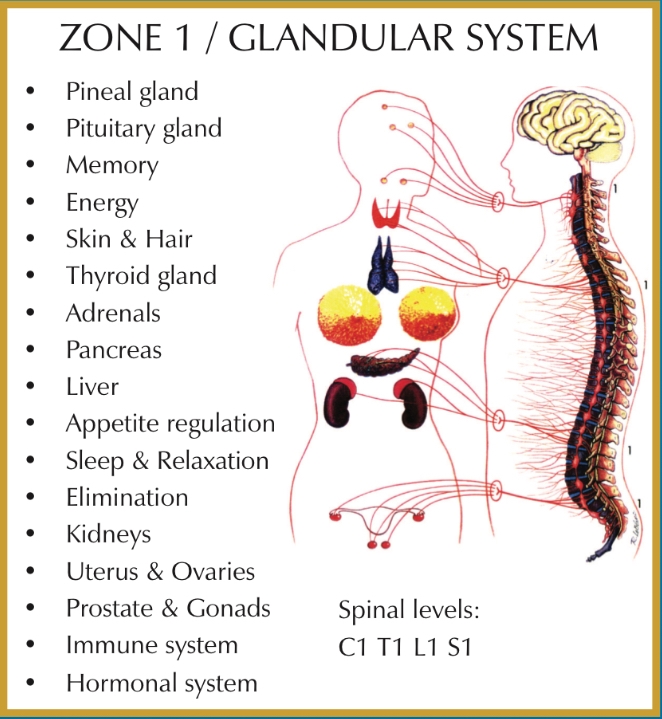 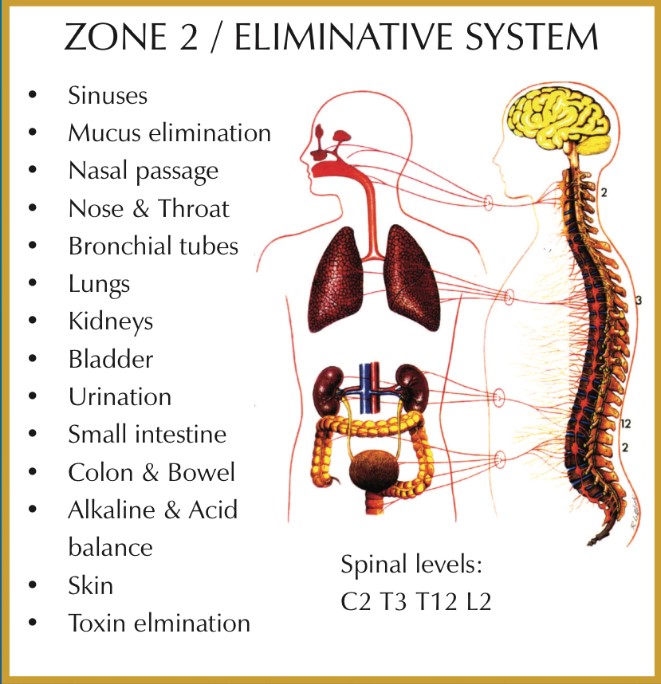 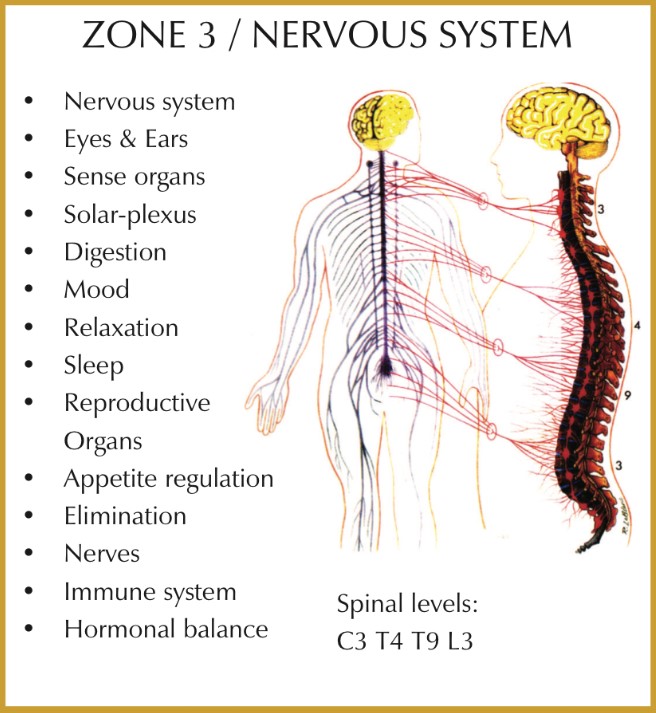 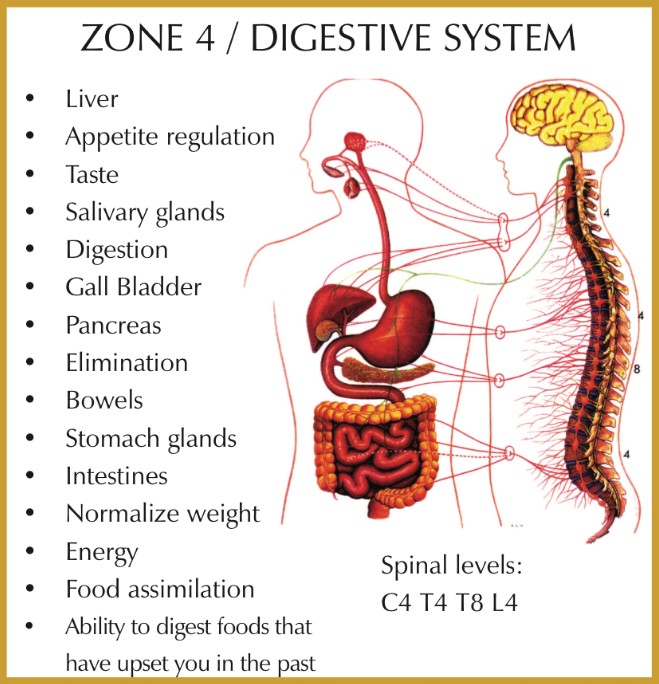 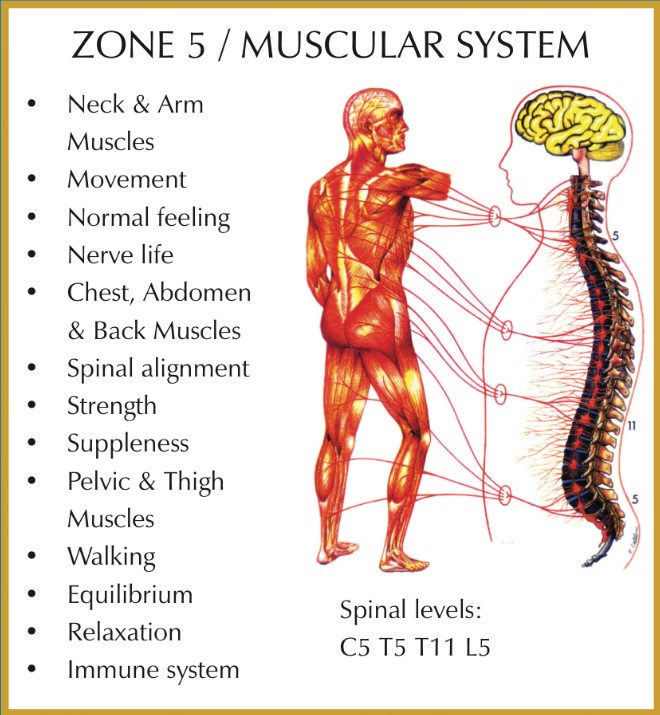 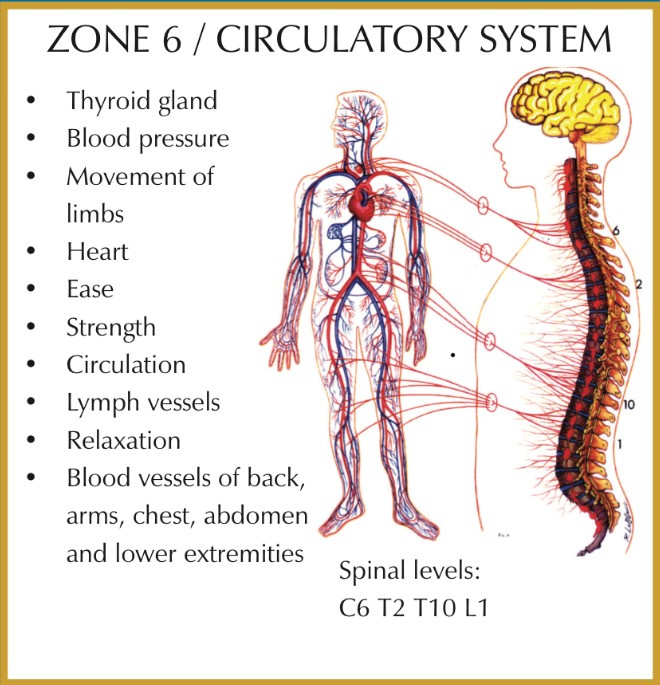